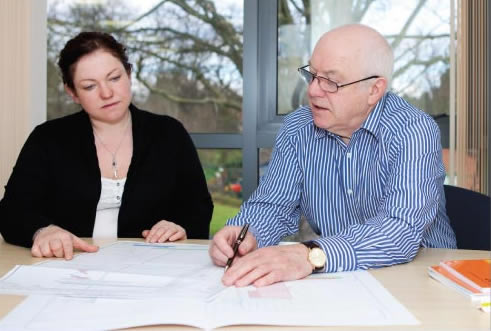 The expertise of Slater Walker Partnership is invaluable in the areas of contract or sub-contract procurement and dispute resolution. Our commissions are primarily in the UK but we also have experience in Europe, Africa and the Middle East.

With over 35 years of experience in the construction industry our knowledge and approach is key to achieving positive results and resolution in a diverse number of disputes.

Peter qualified as a Chartered Quantity Surveyor in 1974 after having served articles with John Laing Construction.

He has worked extensively in dispute resolution since commencing in private practice in 1990, with extensive experience in the Middle East, Europe and South Africa.

He has appeared as an expert witness in both the TCC court and in arbitration in programming and quantum issues.

With considerable experience as party representative in adjudication he also conducts seminars on a wide range of contractual and dispute resolution issues.

Sarah commenced in private practice in 1999 working initially as a planner. She has considerable experience in both planning and programming within the power generation and nuclear power industries.

Sarah is experienced working with Primavera and Asta Powerproject software.

She has worked extensively in providing detailed analytical programming showing critical delay and the impact of causation that are crucial in dispute resolution documents.

Thank You!
Your message has been sent successfully.